The Rules of playing Ruby888 Mahjong

Ruby888 Mahjong Card playing by smoothly with the random events that contains sound, pictures, comedy and the proccessing of cards changed, ect. Create the excitement atmoshpere with fun and make the player get the real success.

The equiments of the cards that use to play Mahjong game, there are all 136 pieces including 36 pieces, Boung set 36 pieces, Sos set 36 pieces, thys set 16 pieces and dragon set 12 pieces. Each time you start playing, you will automatically select 71 cards.

When start to play Mahjong game and the dealer will have 14 cards (Mahjong Royal Ruby888 game, all the times of playing game, the system will automatically select the dealer). The players will have 13 cards and the dealer will choose a card that is not useful. The player has the right to “Chhaov” “Fong” or “Gong” cards that dealer took out or choose to add more cards and take out cards. Maajan card can play only 2 people. 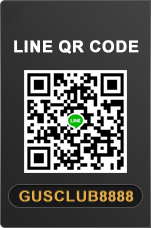